Round 3 of the Takanokono Hotel SUZUKA GT 300km RACE series was held on the last weekend of May.
Suzuka circuit is globally famous as a driver’s circuit with high difficulty. As a result, the circuit also takes a toll on the tires. The weather forecast for the weekend forecasted out-of-season heat uncommon for the end of May. We anticipated challenging races for all the teams.
The balance of performance (BoP) assigned to Mercedes-AMG GT3 changed round 2 Fuji’s Φ36mm back to the opening round Okayama’s Φ34.5mm, limiting the engine power. Also, the BoP weight was slightly lighter at 50kg than the 55kg last round, but the total weight was 1,335kg, one of the heaviest in the GT300 class. Car #4 HATSUNE MIKU AMG was also added with a success weight of 12kg from the previous two rounds. The heavier a vehicle is, the stronger the negative impact on the tires from the heat becomes. Drivers Nobuteru Taniguchi and Tatsuya Kataoka headed for the venue anticipating a tough race.

The official practice on Saturday started at 9:30 a.m., five minutes later than scheduled due to an accident in a support race. The air temperature was 26℃, and the road temperature was 36℃ at the start of the session, which was already summer conditions. The course opened with Kataoka’s drive.
COVID-19 quarantine measures for visiting foreigners were partially lifted for this Suzuka round. As a result, engineers from HWA.AG, in charge of Mercedes AMG’s customer sports division, visited Japan for the first time in two years. They obtained and analyzed field data in real-time and conducted a setup with the team.
The team began by checking the two types of tires that were brought in. On the course, Kataoka finished with the time 1’59.398 on the 4th lap with the first tires. For the second set of tires, the time was 1’58.621 on the 8th lap, which was within the top 10 at the time. After that, he continued out-in and frequently gave feedback on the car to the team. The setup was conducted more carefully than usual, driving 18 laps for about an hour before handing over the seat to Taniguchi.
Taniguchi took over and conducted a long run simulation keeping steady laps from exactly two minutes to two minutes 0.01 seconds. New tires were put on before the exclusive running slot for the GT300 class at 10:55 p.m. Following the out lap, he recorded a record time of 1’58.184 for the first measuring lap, coming eighth, and finished the official practice.
Taniguchi continued with an FCY test, and the qualifying round started ten minutes later than scheduled at 2:55 p.m. The GT300 class Q1 was separated into Group A and Group B. Car #4 GOODSMILE Hatsune Miku AMG was put in Group B. The Q1 driver was Kataoka, taking on the ten-minute race from 3:13 p.m.
At 3:00 p.m., the air temperature was 28℃, and the road temperature was 44℃ due to intense sunshine. Due to the effect of the high road temperature, Kataoka gained tire grip early and started an attack on the second recorded lap. Kataoka steadily improved the time in Sectors 1 and 2, but on the west course, a slight unexpected behavior resulted in lost time. As a result, Kataoka passed the control line at 1’58.807 and could not break the official practice time. At that time, he came in sixth, but he went ahead to continuous attack anticipating rivals speeding up. However, the following lap time was 1’59.196, and he could not break his record. The rivals speeding up meant that his position fell quickly, resulting in the season’s first Q1 elimination, ending up 12th in Group B.
In Q2, #10 (TANAX GAINER GT-R ) was thought to have won the pole position recording the fastest time but was disqualified after scrutineering, dropping to the lowest position to start. As a result, #4 GOODSMILE Hatsune Miku AMG started the final race on the following day from Grid #22. 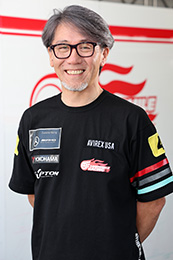 Team Owner: Aki Takanori
As usual, we lacked speed. In particular, we lacked the speed and power needed in Suzuka. Still, with that premise, we did what we could do. For the qualifying round, we ended up with a low rank, unable to take advantage of a particular phenomenon. However, we strategized knowing our superior race pace, and successfully executed the plan. We simulated in advance, so we changed the two front tires as we calculated they wouldn’t last. We were also able to calculate the amount of fuel so we could finish the second full routine with just the driver replacement time. We weren’t bad, but it got chaotic at the end (laughs). Ultimately, we are no match if it’s a battle of acceleration. This time, two engineers came from HWA and were obviously helpful. We plan to be thorough from this point on, including tests. 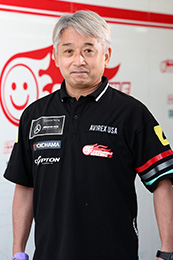 Team Manager, Ukyo Katayama
The qualifying round was a bit of a big failure. We are always driving on edge, so sometimes, it cannot be helped. The straight course is always hard for us, so we try hard on corners, which causes the tire’s surface temperature to rise and overheat, with speed going down due to thermal degradation. We really need to be patient. For the first pit-in, we could gain time, so I thought, “this is good.” We could reduce the time for two rear tires and refuel for the regular pit, but BoP’s shortcoming came out in the end. Our planning went well, and our performance and tire usage are excellent because we plan. However, we still could not do a race. We couldn’t help but lose in a straight line, so we could only contain it. Also, trying too hard in corners is straining for the tires… That’s the only thing. 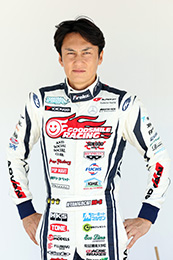 Driver, Nobuteru Taniguchi
We went from 22nd to 11th, so we worked hard going up. Still, we were 10th until the final lap, so losing a position at the end was very disappointing. When it gets this chaotic, plans stop working. Kataoka went in with a minimum, and I went in with long, preserving the tires, but cars that are at a disadvantage in a straight have a hard time. Even though our tires may not be fresh, I tried hard, thinking everyone would eventually be in a hard spot. But we struggled not only in the end but from the qualifying round. The pole position was so far I thought it was “Iskandar or India (very far).” Japanese GT3 and GT300 cars are strong, but now BMW, Lamborghini, and Ferrari are getting faster too. Everyone should know Mercedes AMG is having a hard time now. 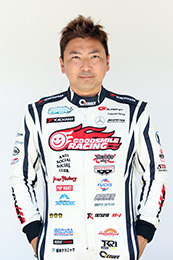 Driver, Tatsuya Kataoka
For Q1, I would say, “we could have passed if we did better.” Still, we are always at our limit, so our attack has no leeway. As a result, not only did we fail Q1, we ended up on the back grid of 22nd place as a result. We selected hard tires and hoped for chaos in this hot race, but there were many safety cars, so everyone could run without their tires overheating. It might have been different if we were out of the pole position, but whether we were 6th, 7th, 17th, or last, we might be in this position anyway. We did what we could in terms of the race, but we can never fight with this BoP. If it were just a matter of speed, we would always lose for sure because of acceleration. I hope things improve in the interval period (two months until the next race).